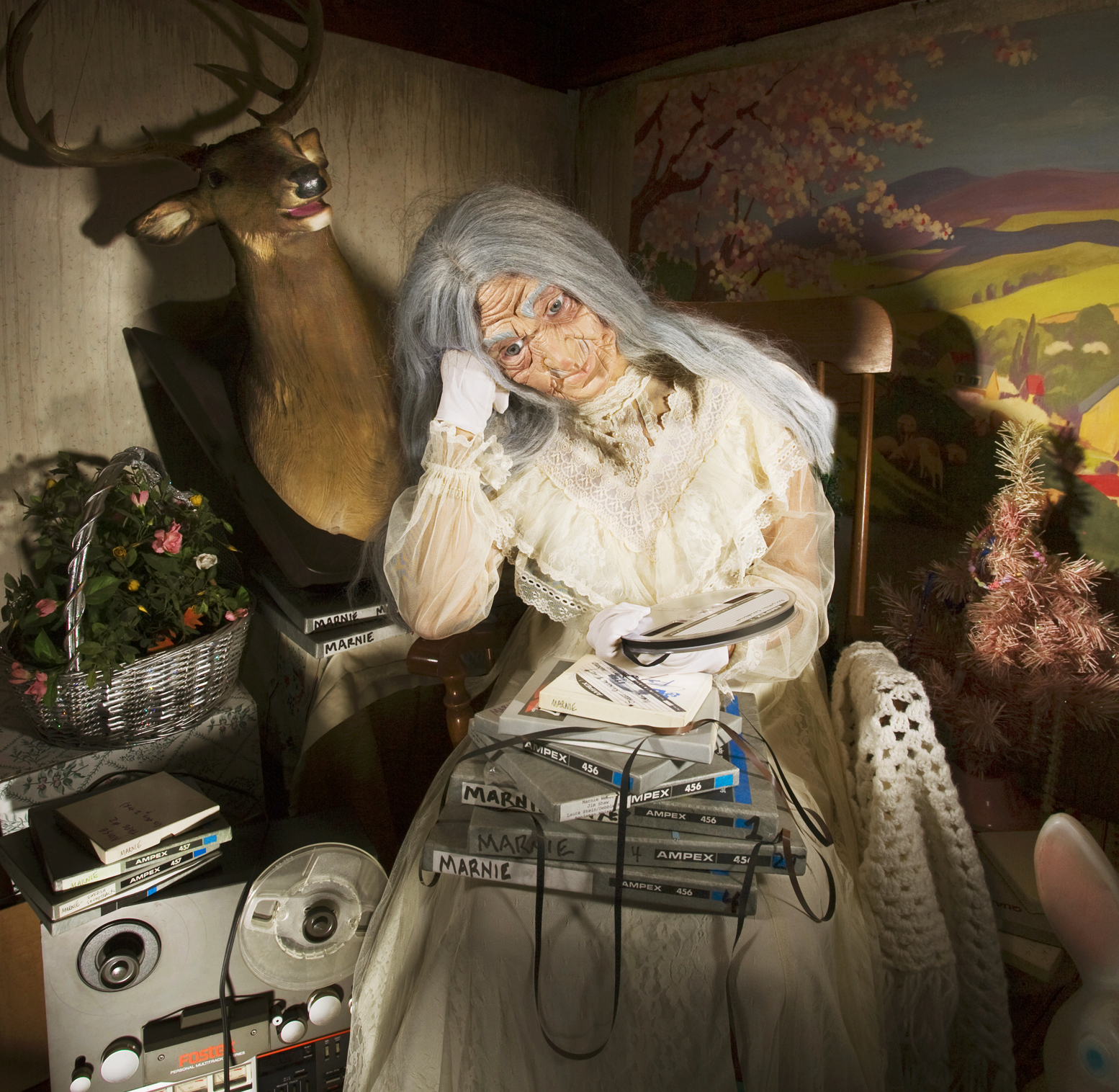 Portrait of Marnie Weber as the Old Crone | Photo by Juliana Paciulli with LeeAnn Nickel, 2008 | Courtesy of the artist and Simon Lee Gallery 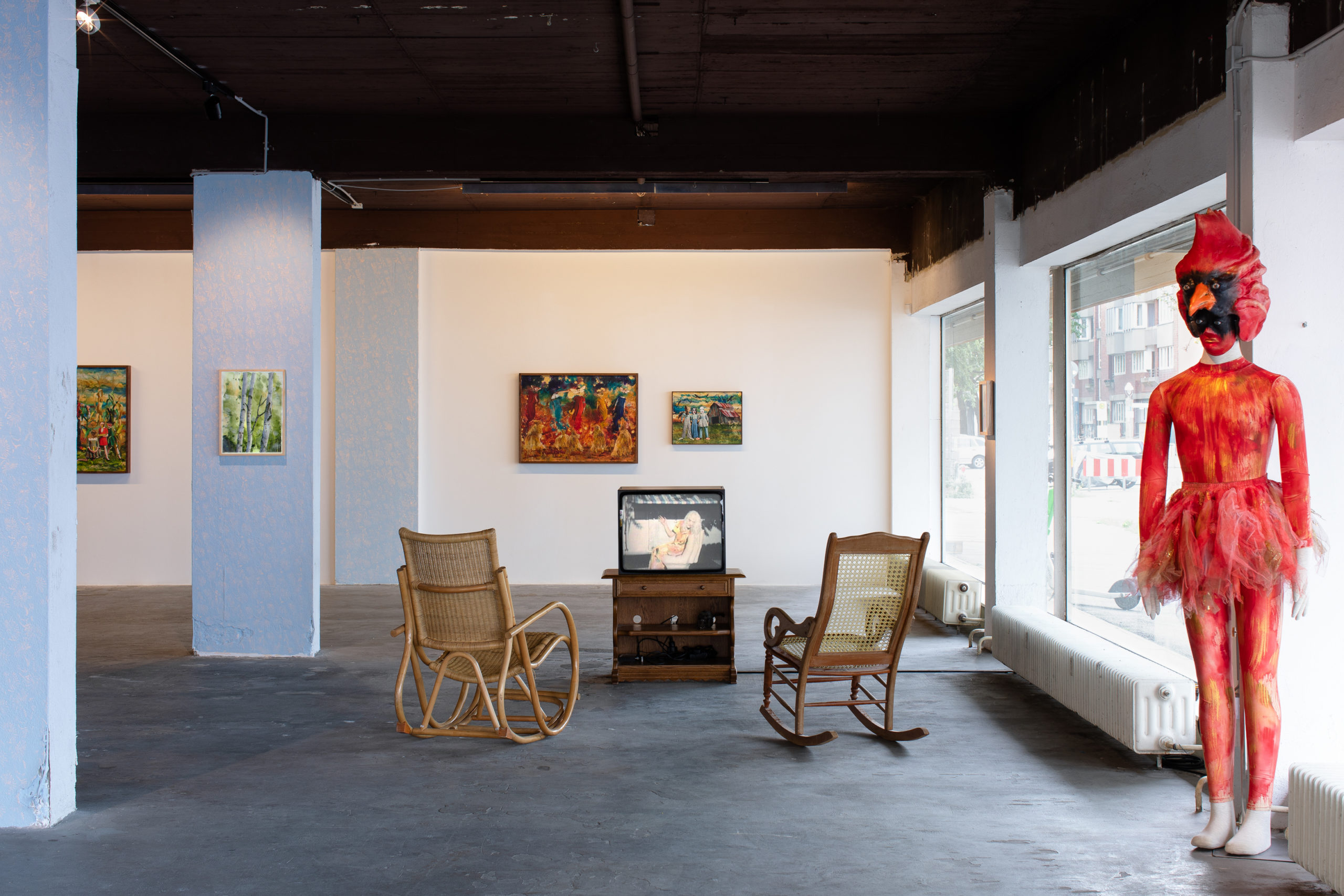 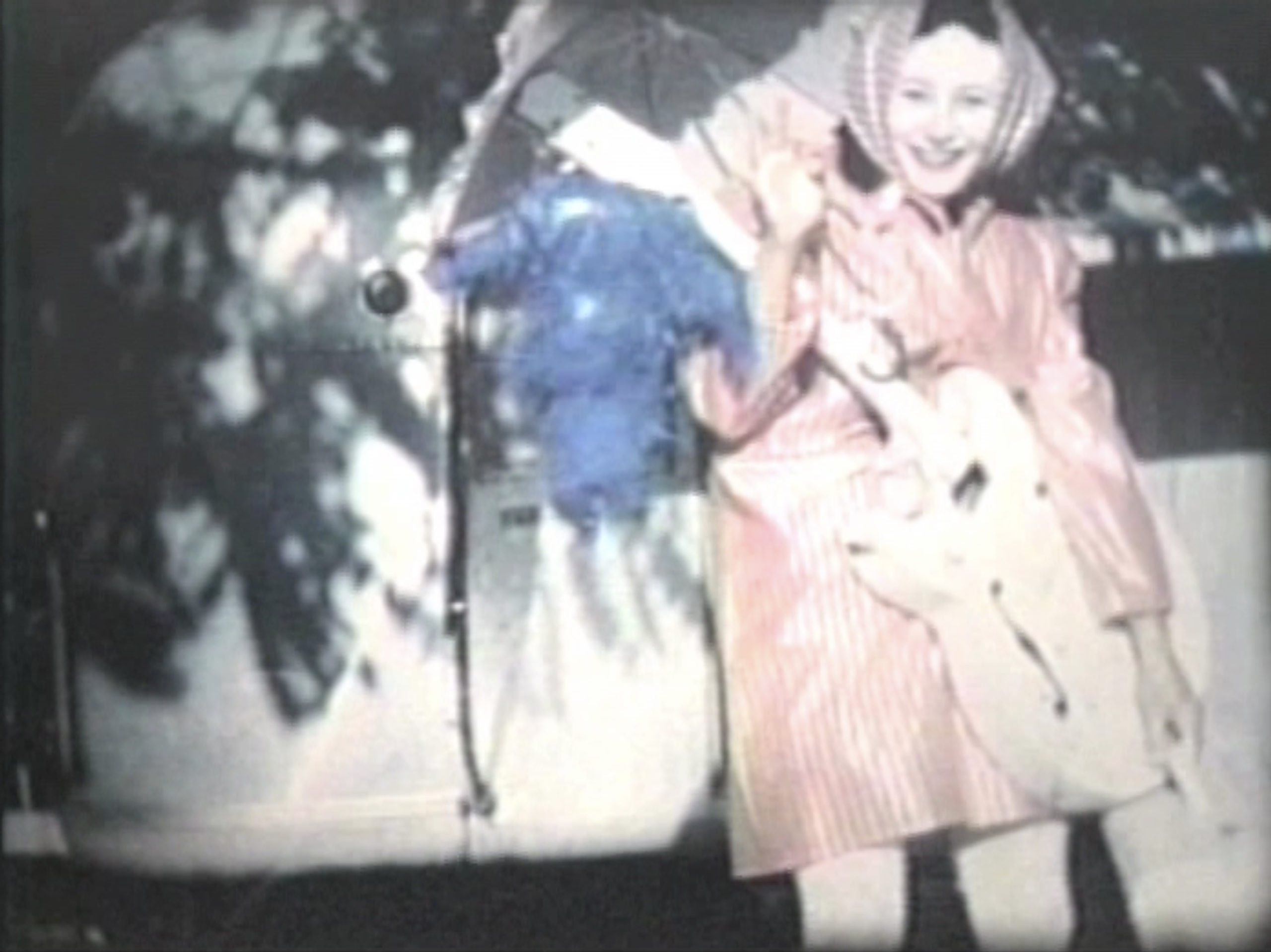 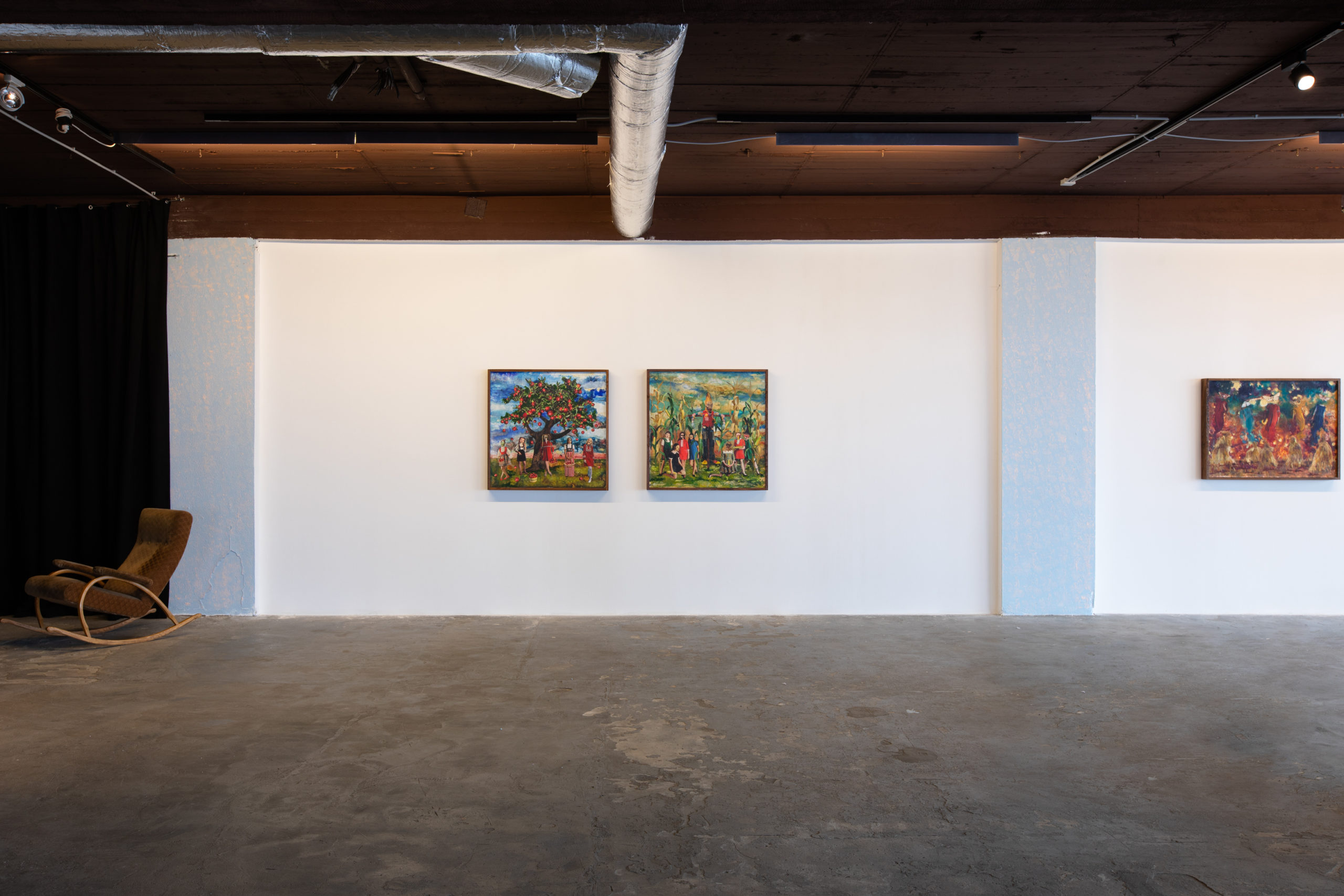 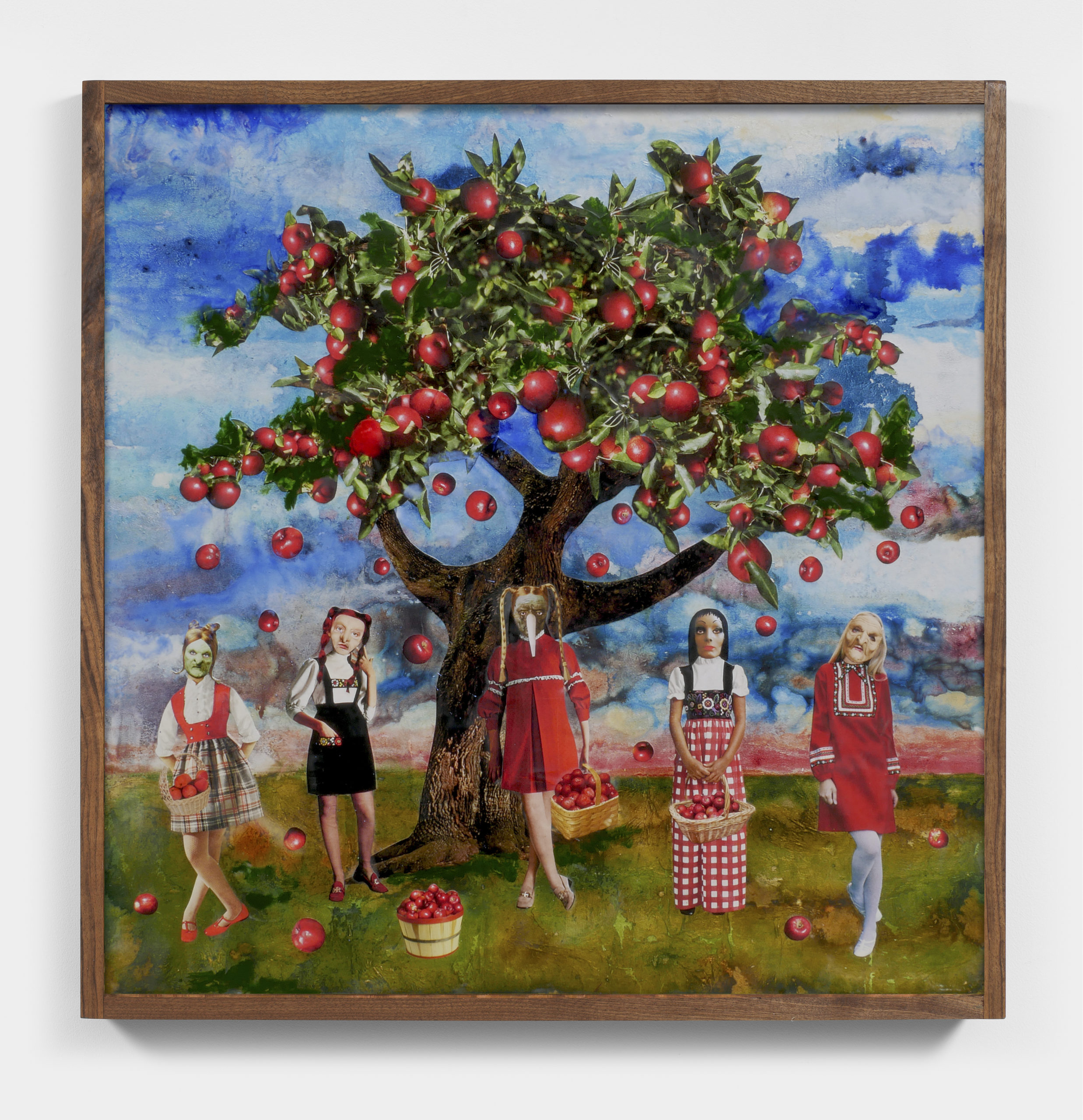 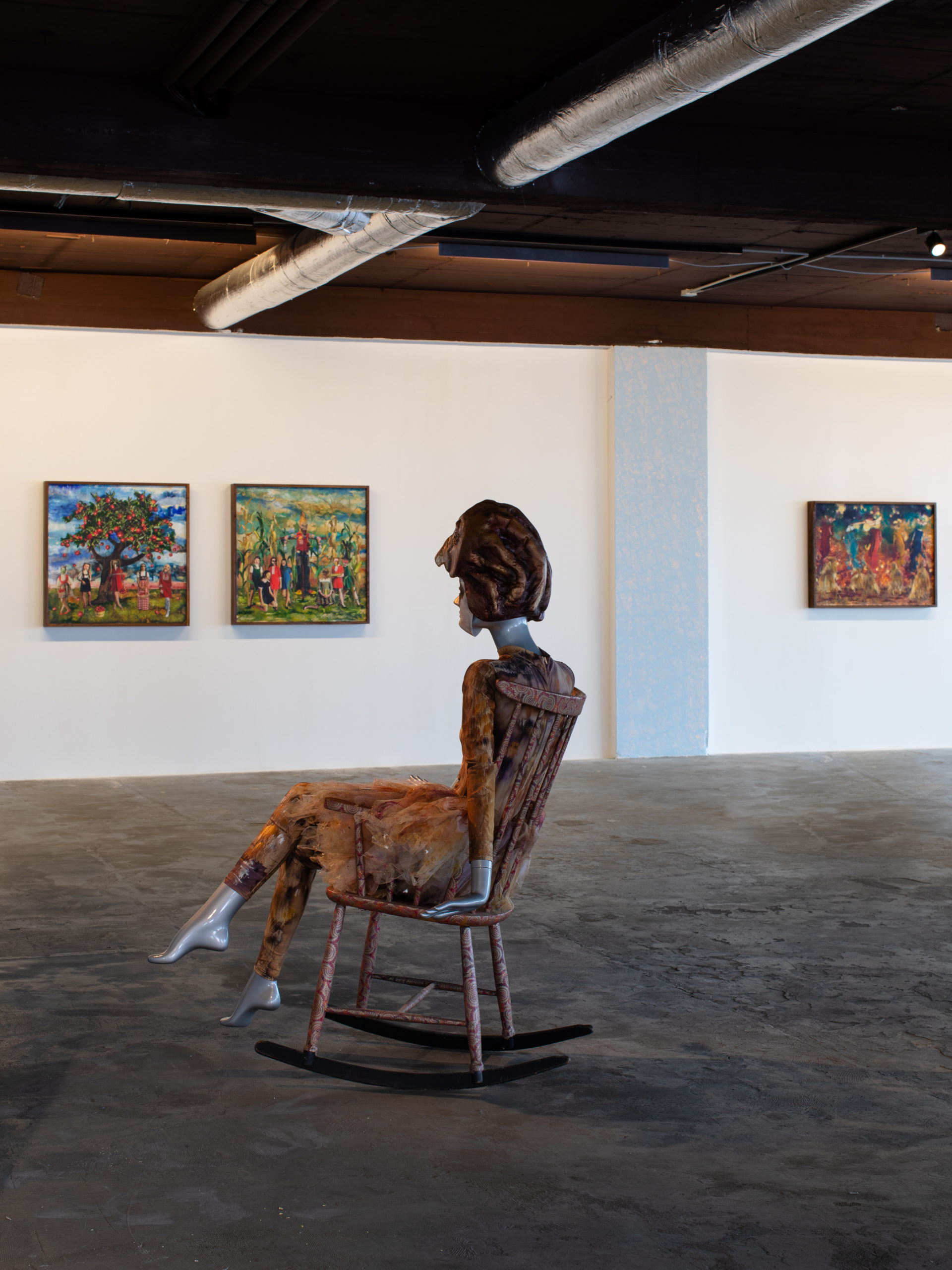 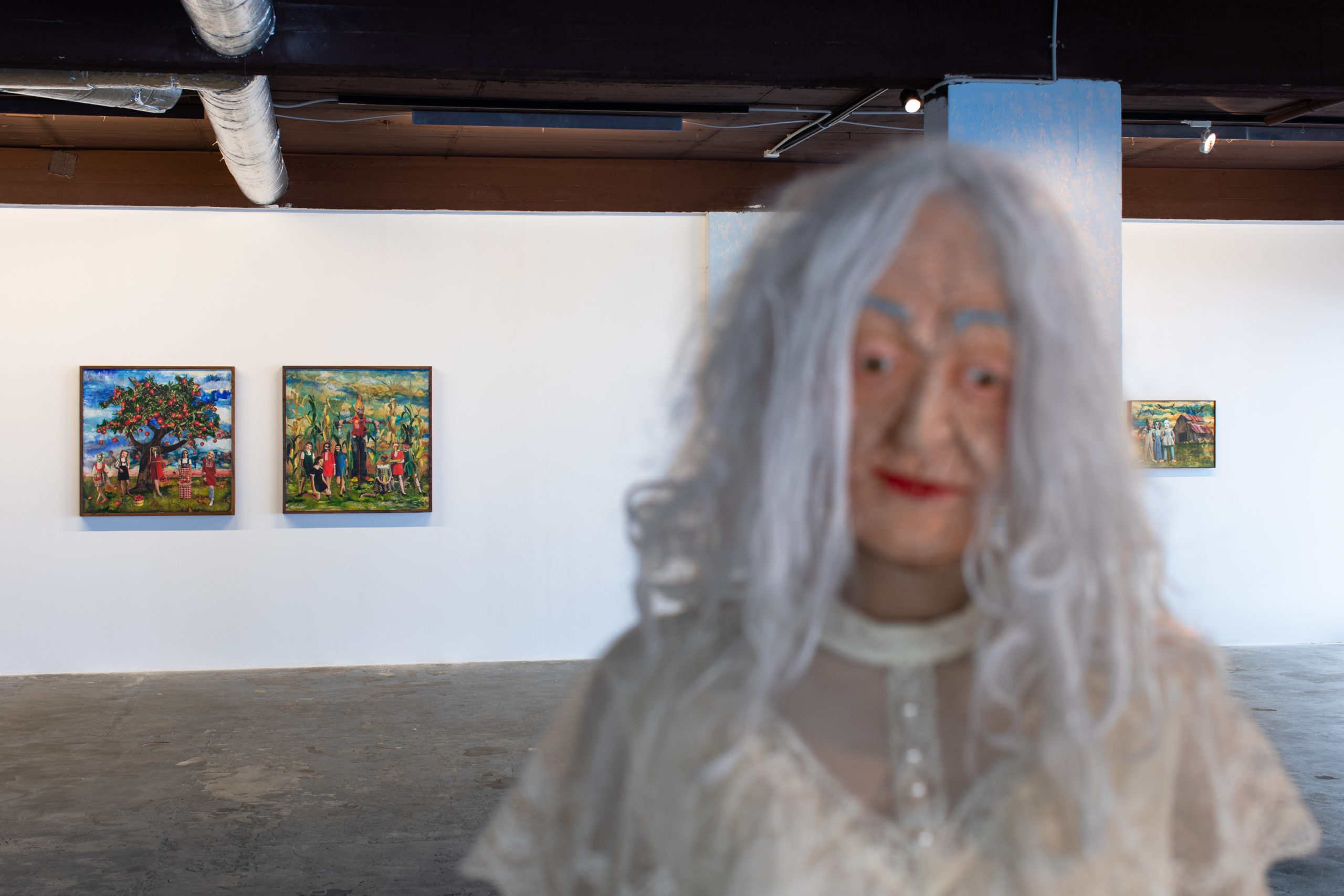 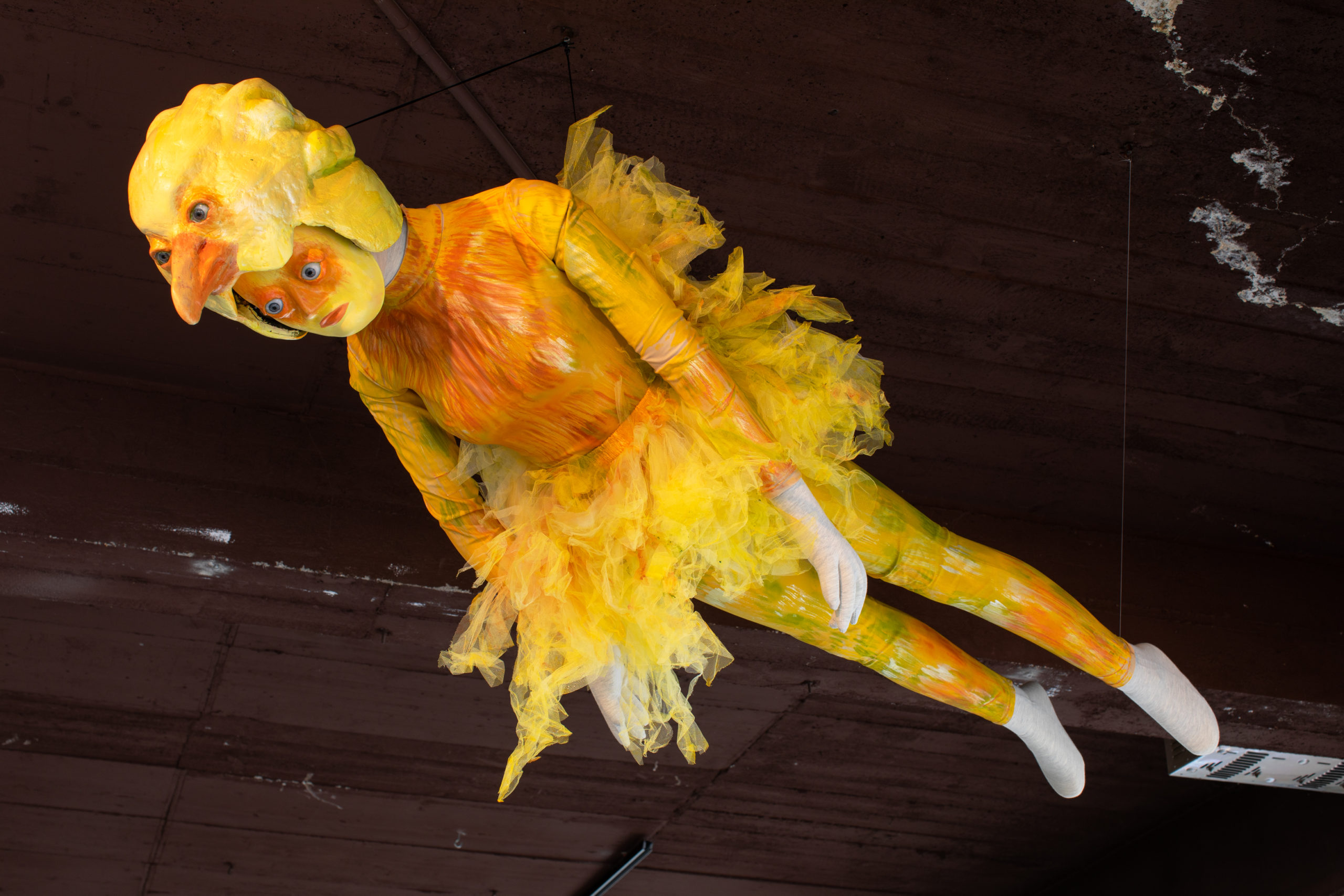 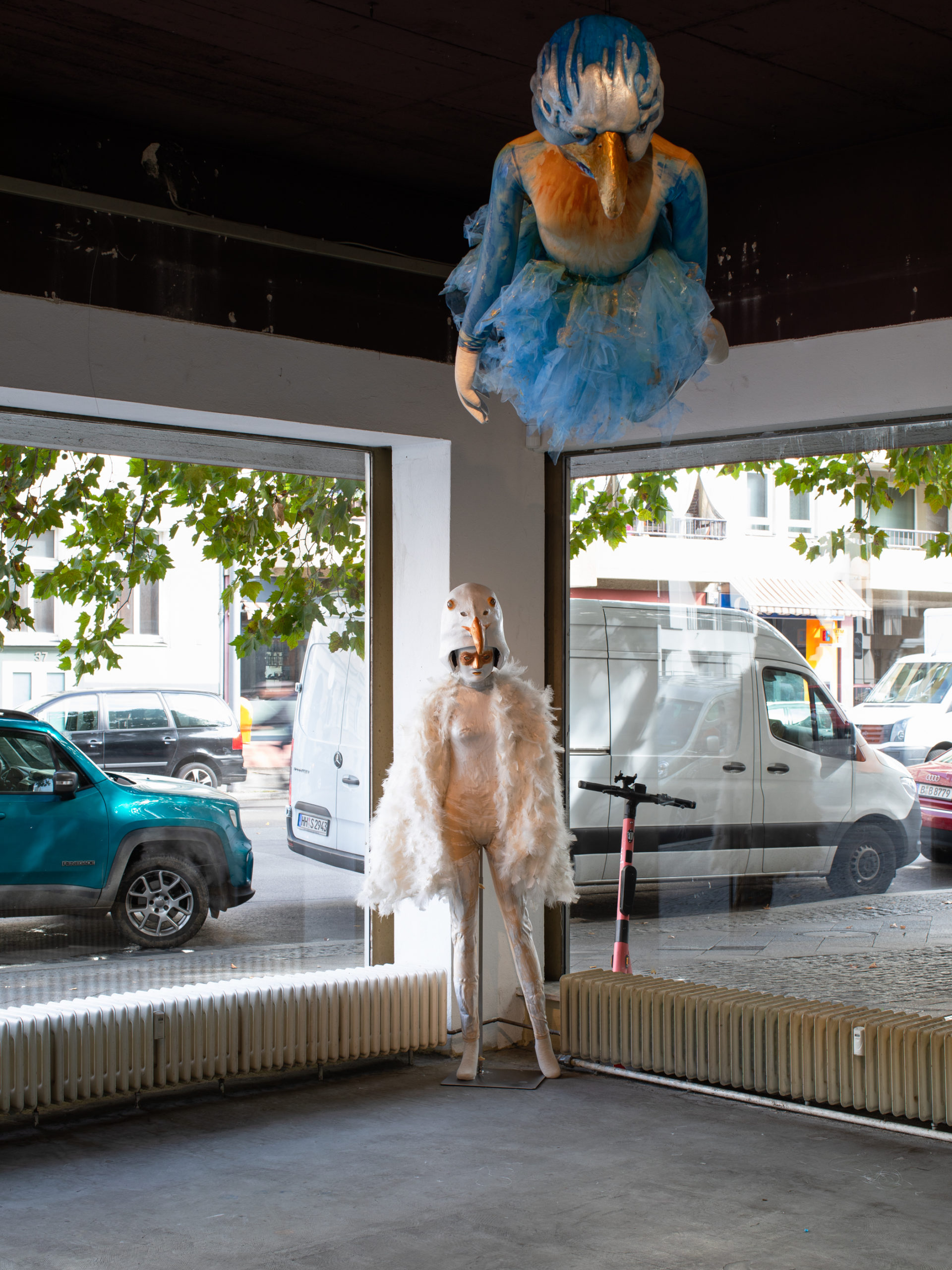 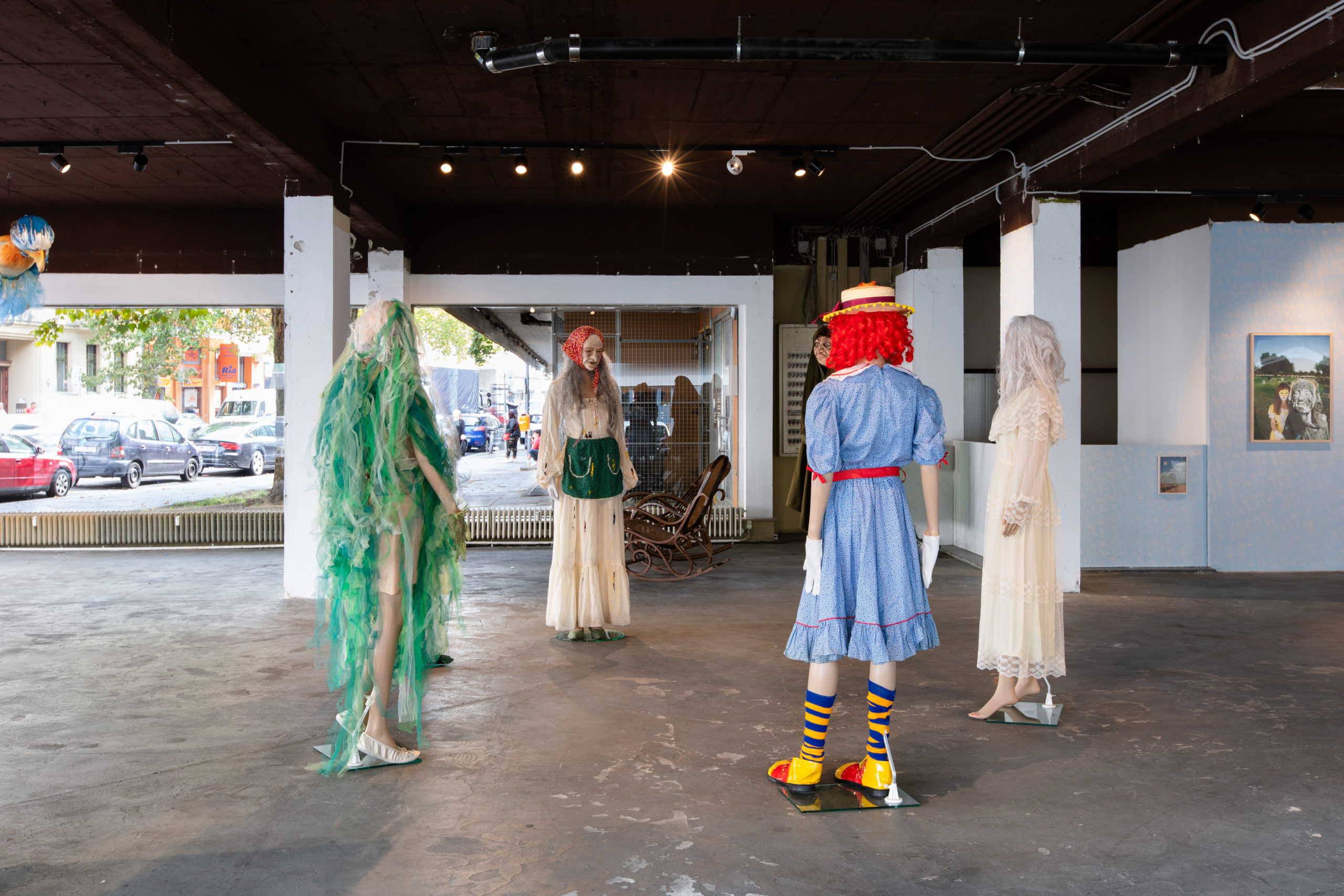 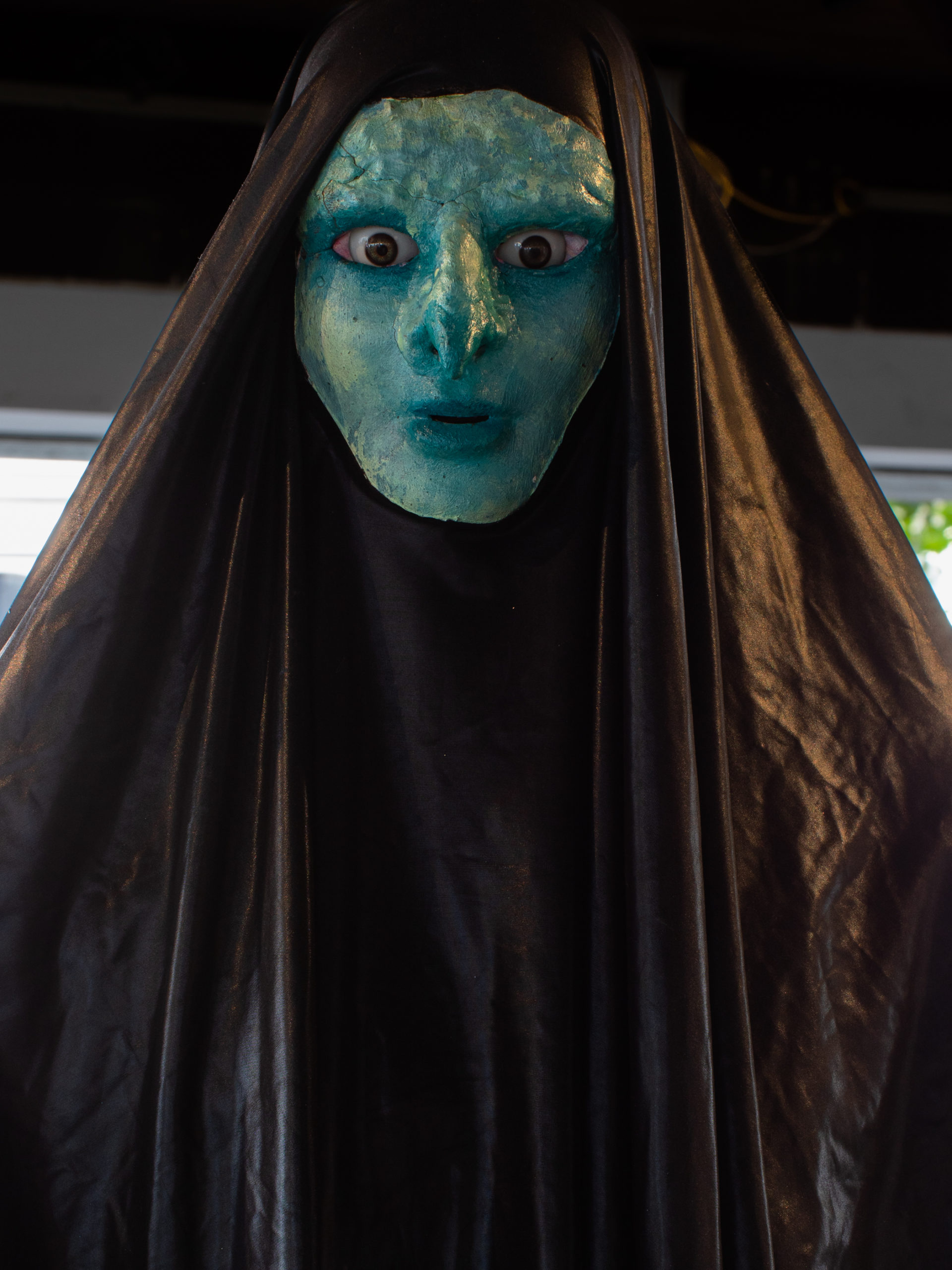 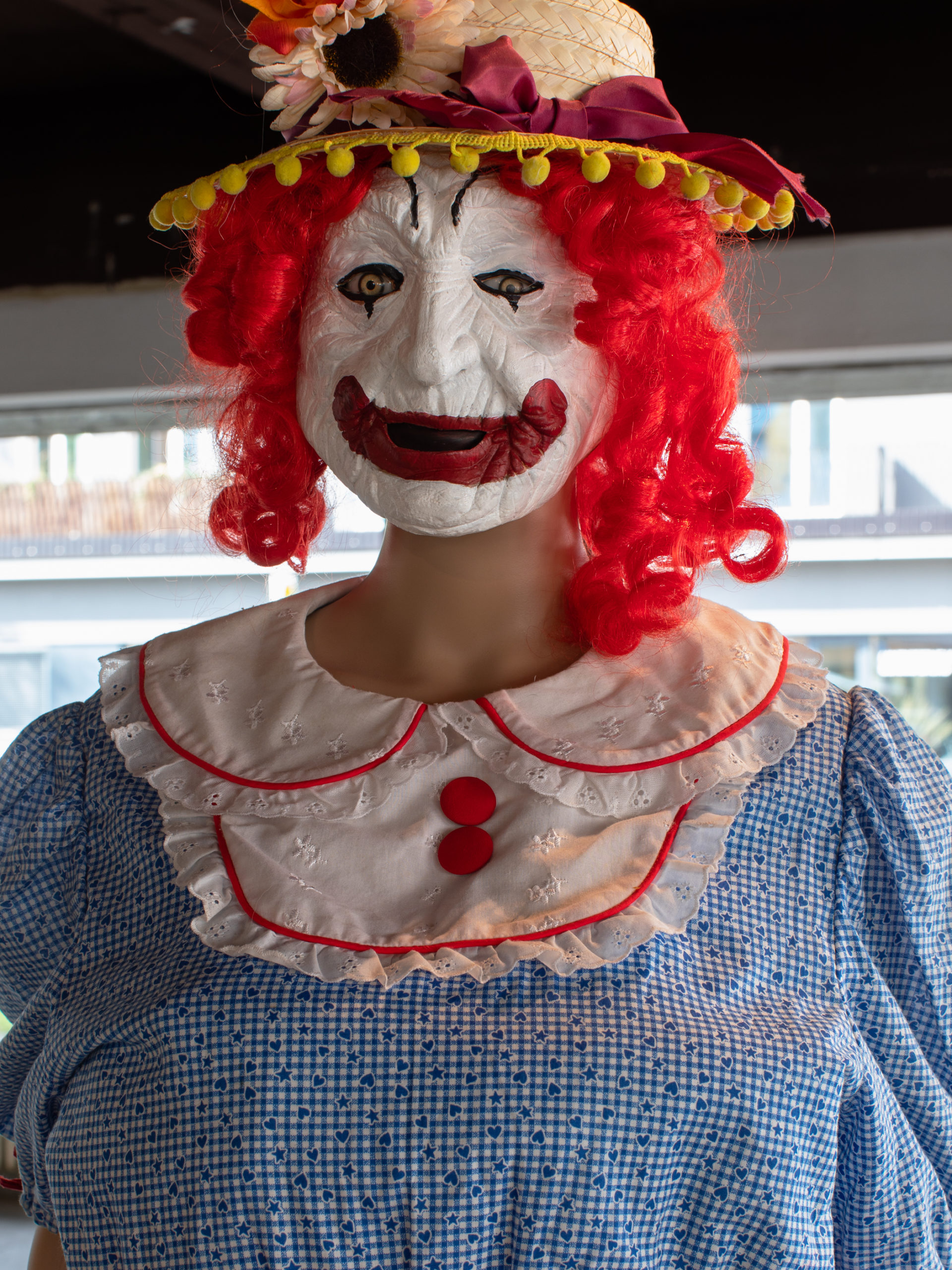 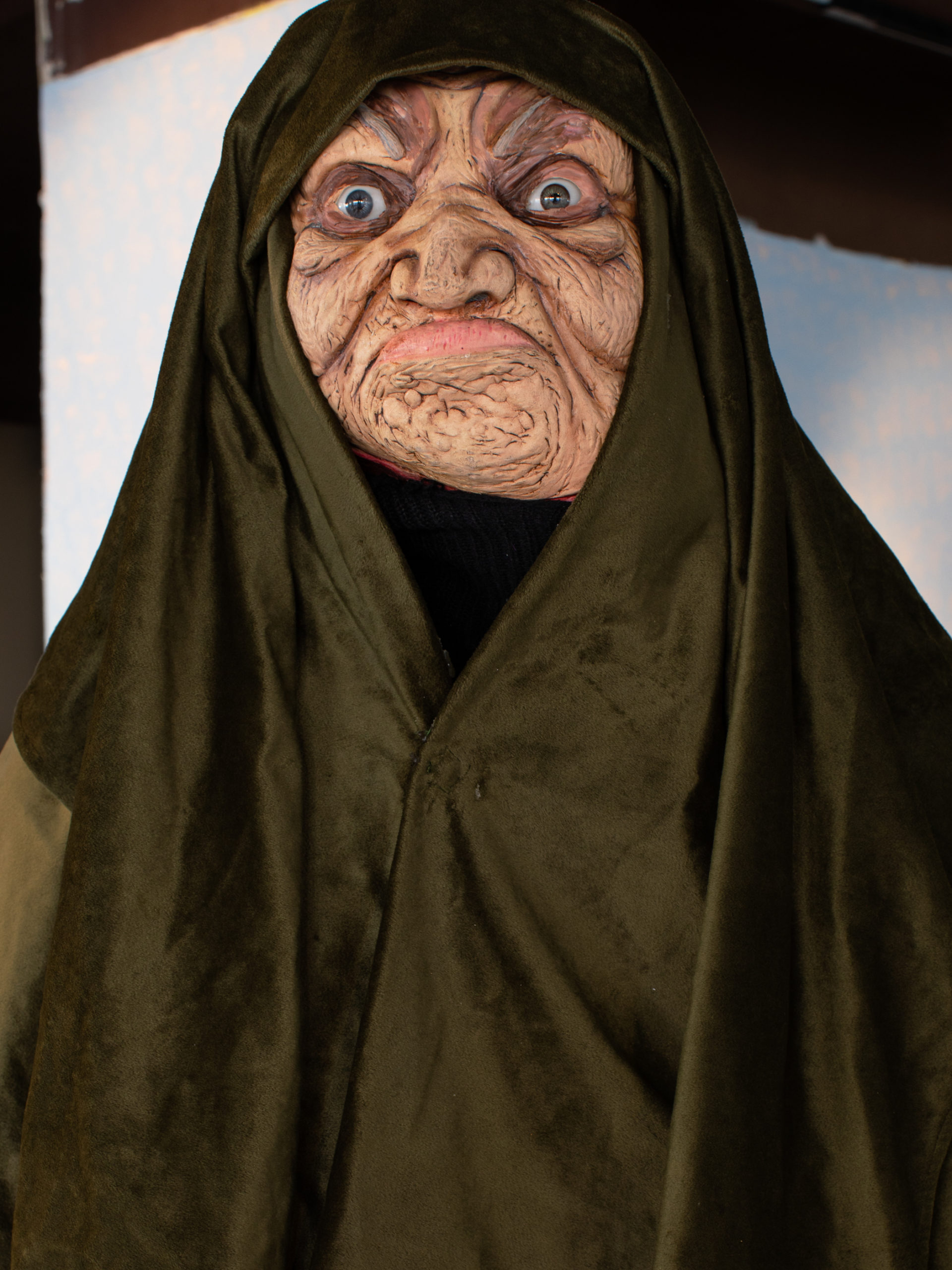 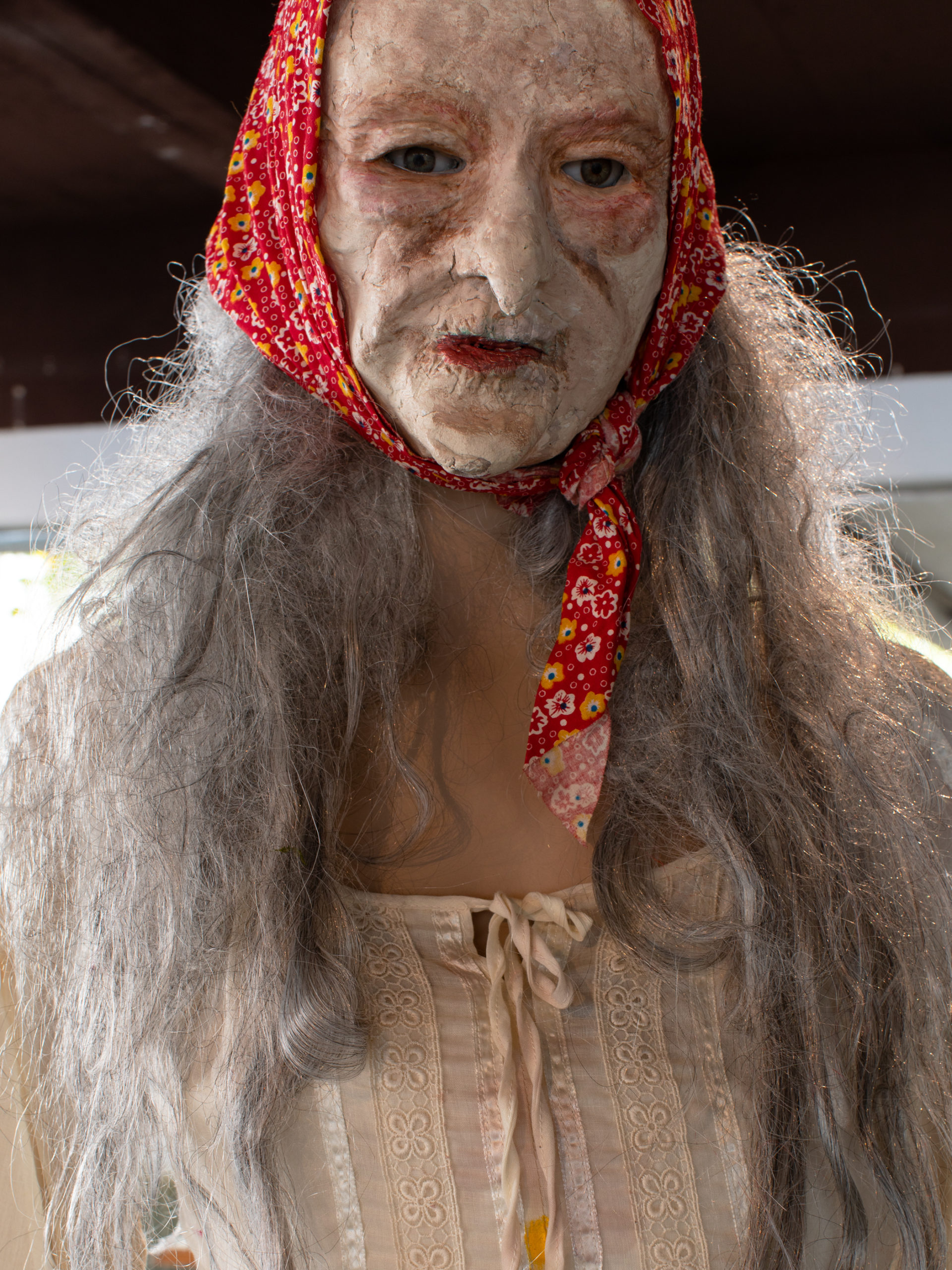 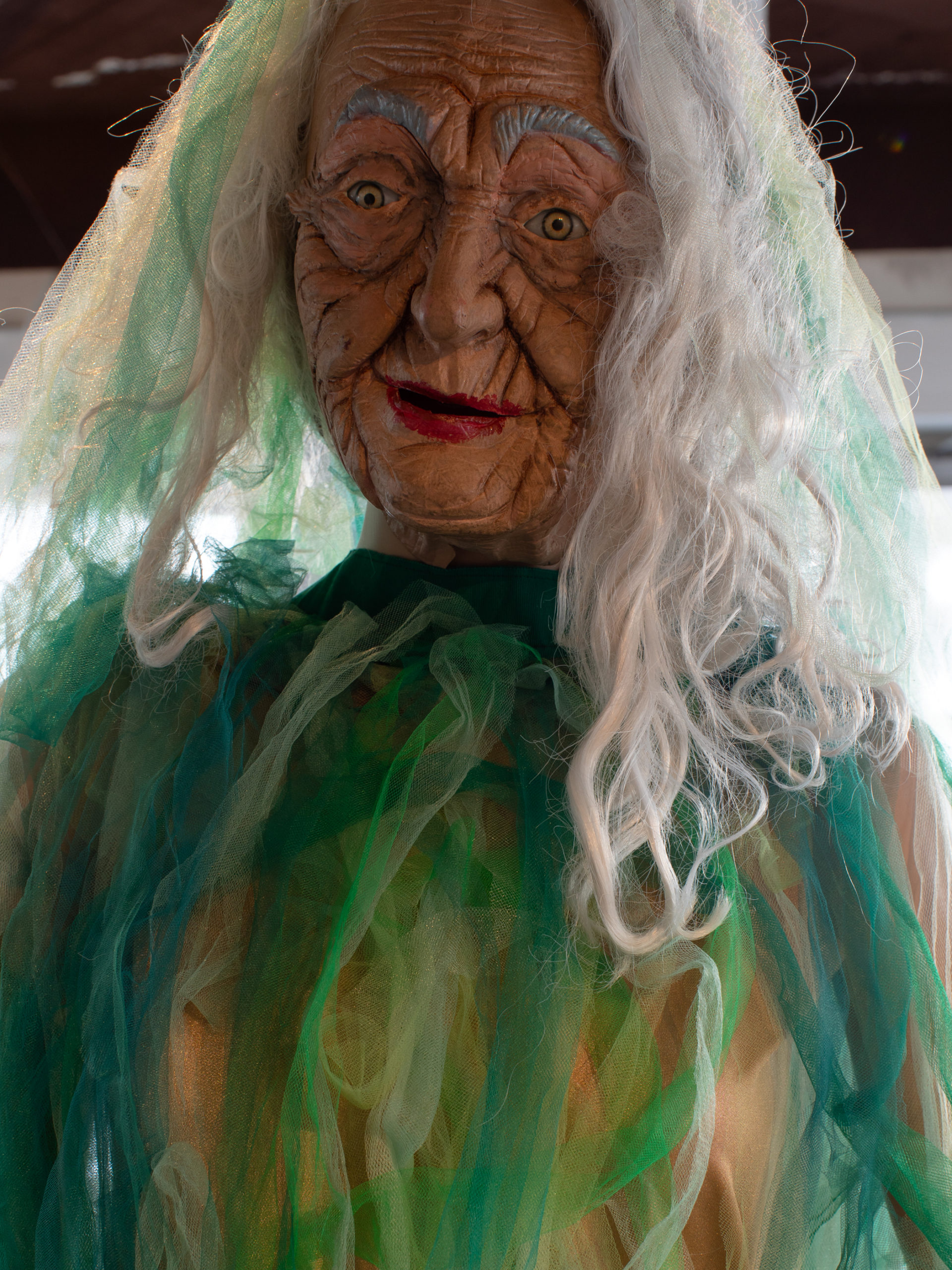 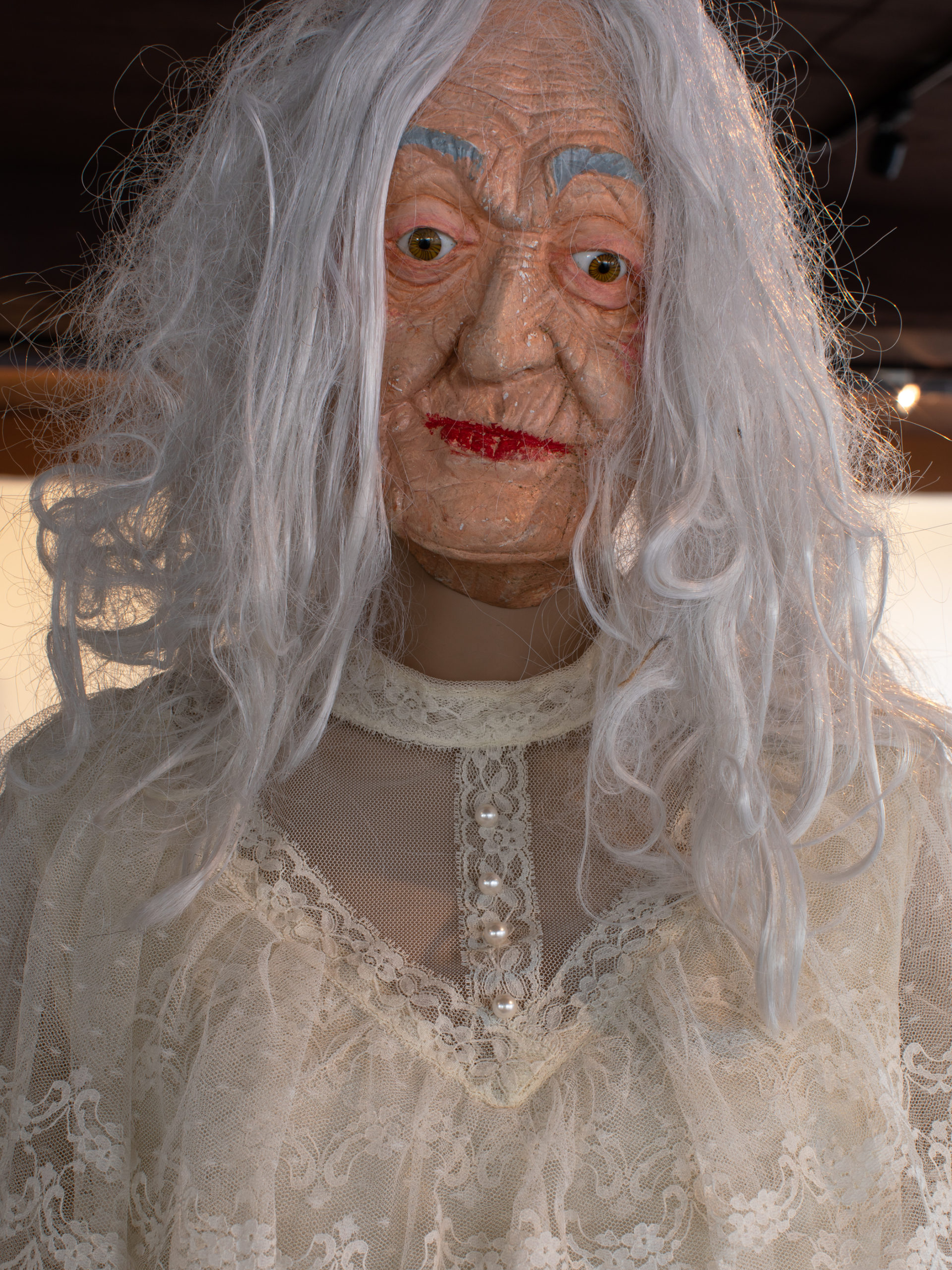 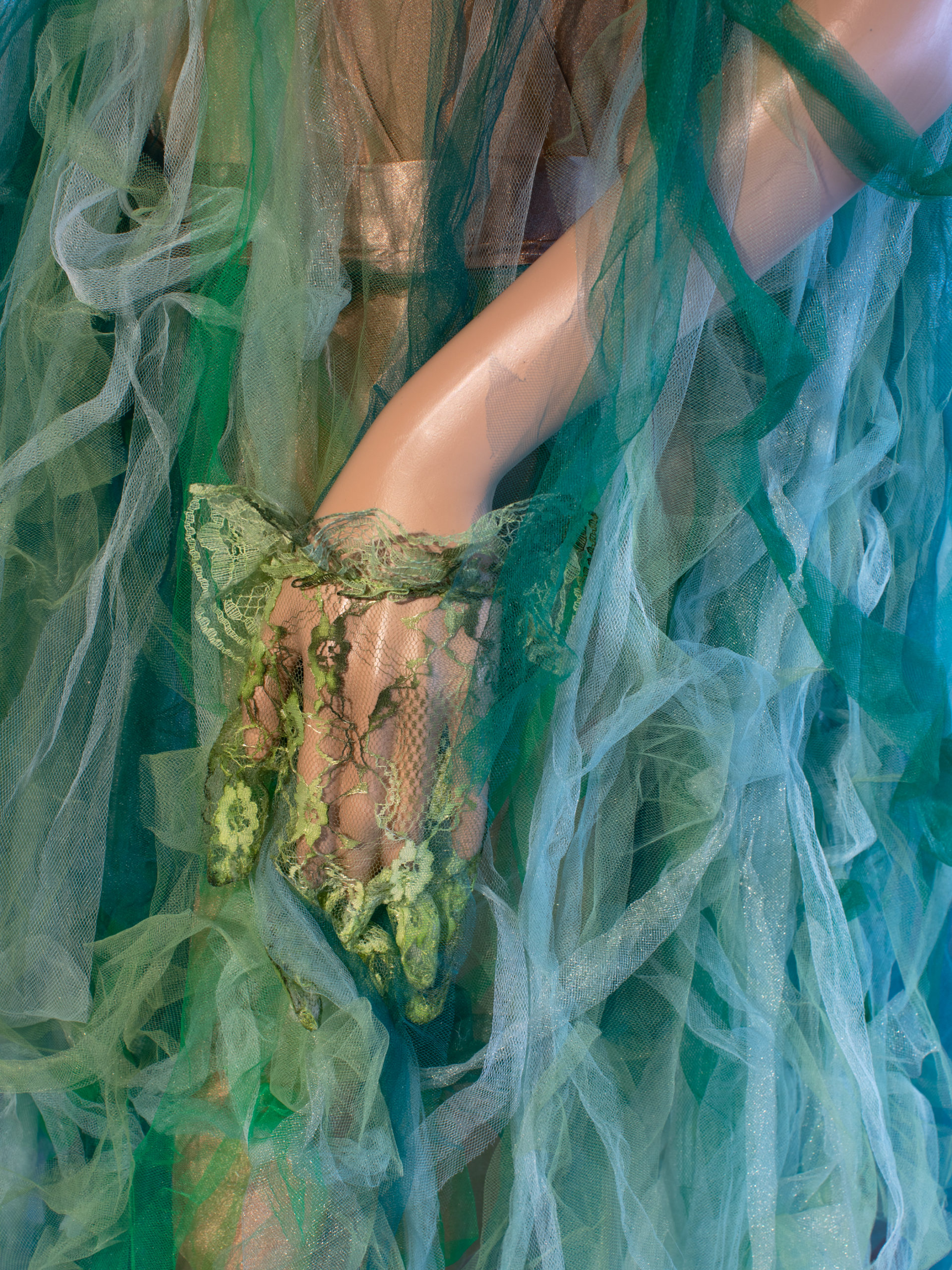 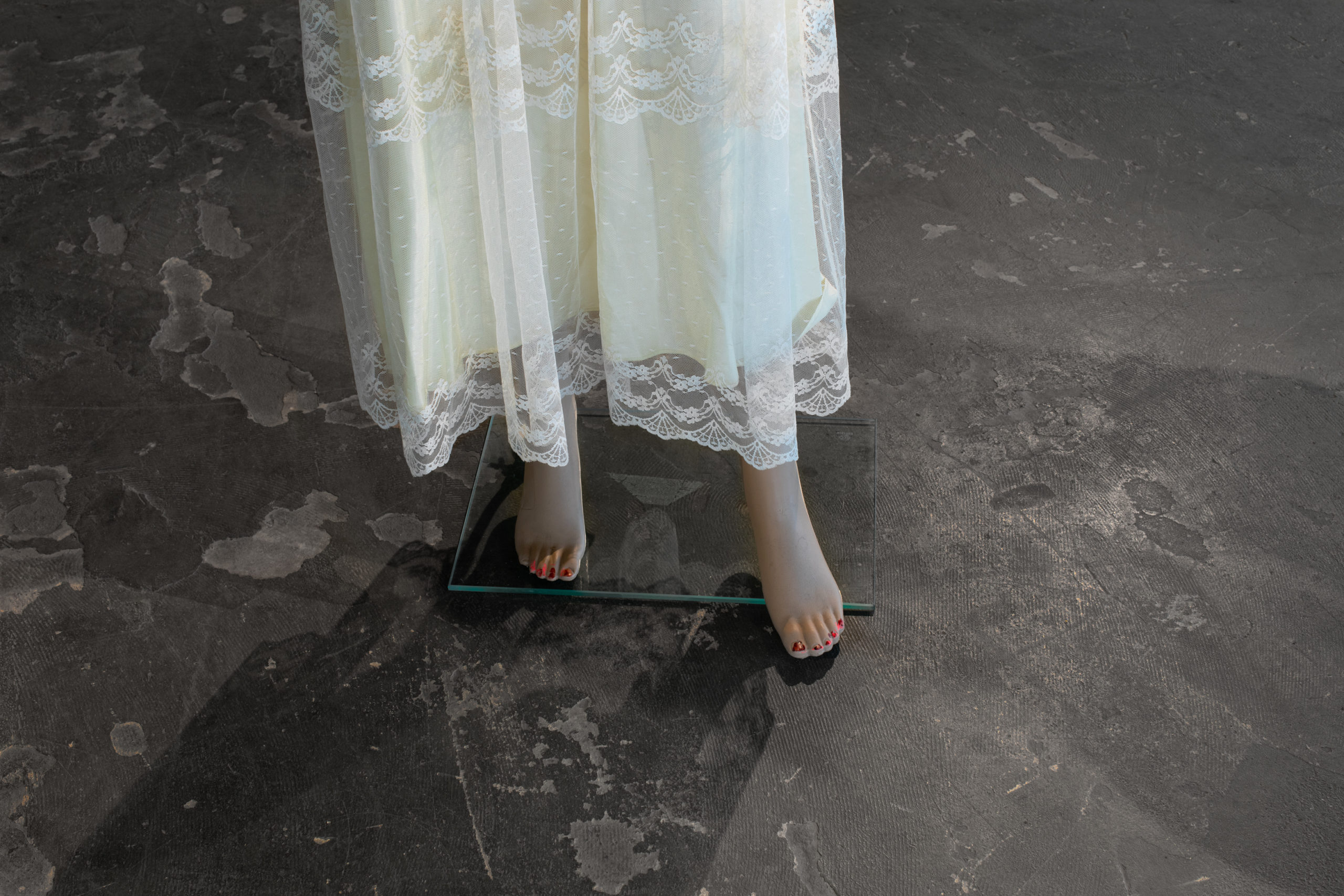 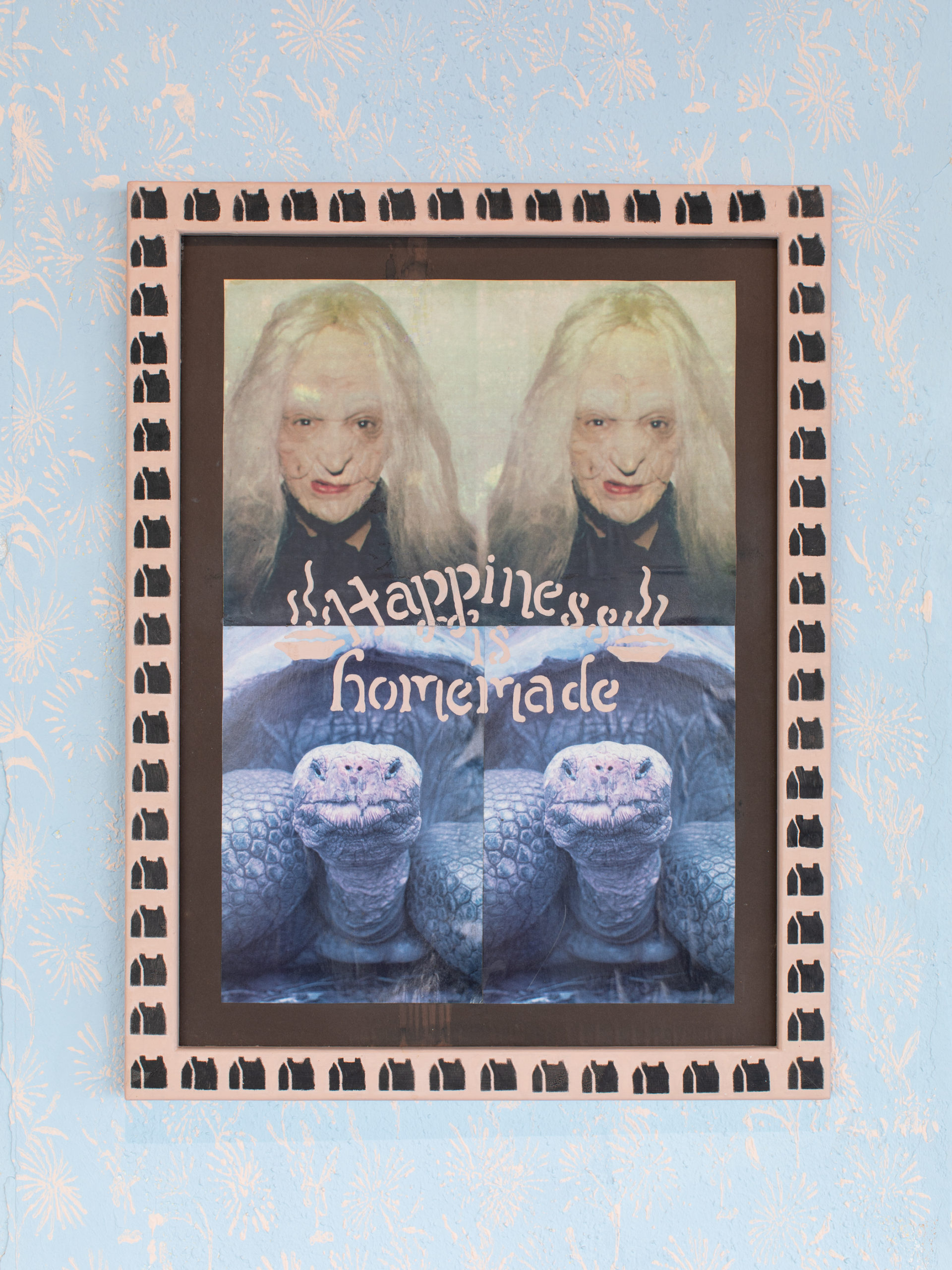 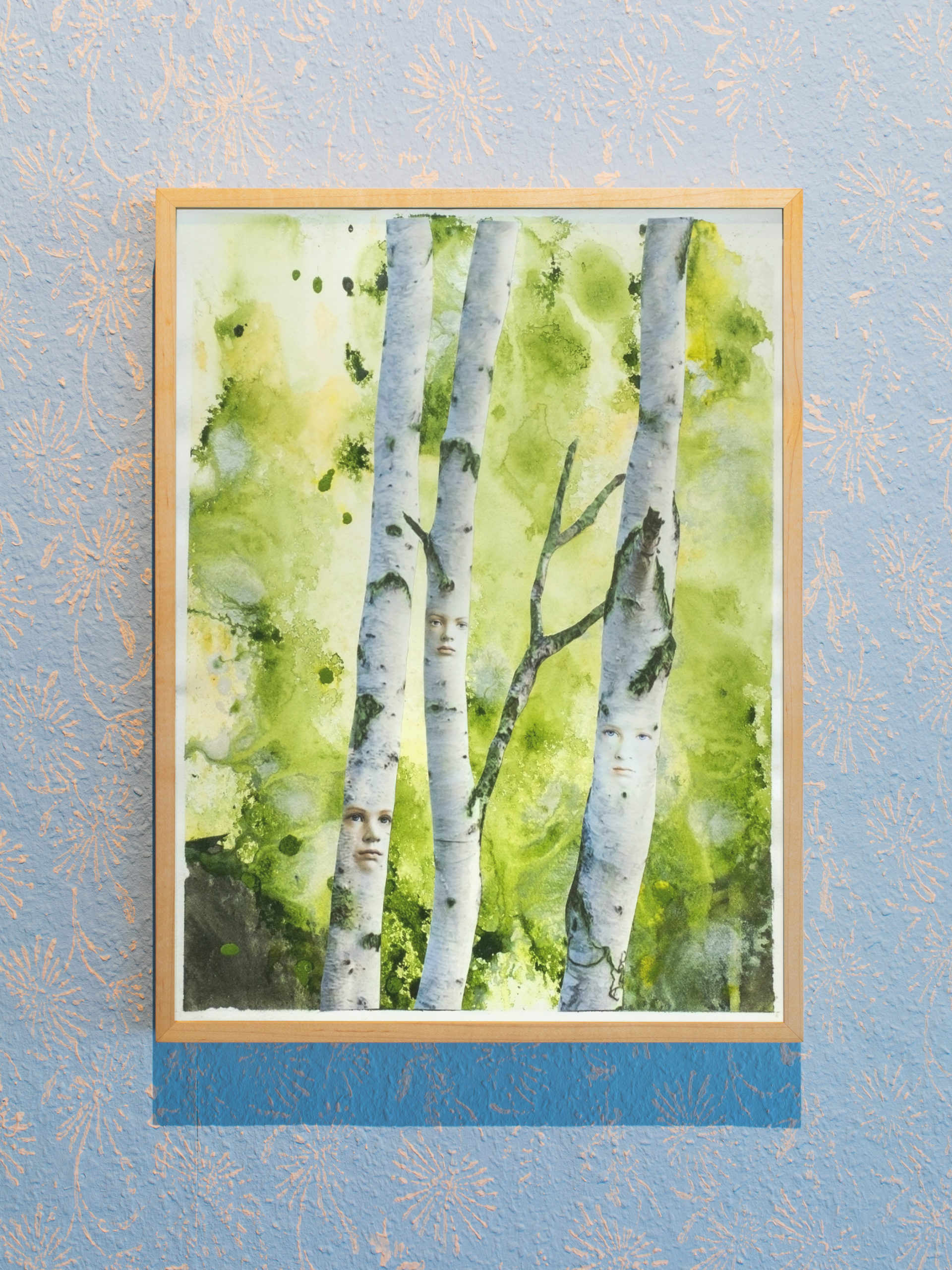 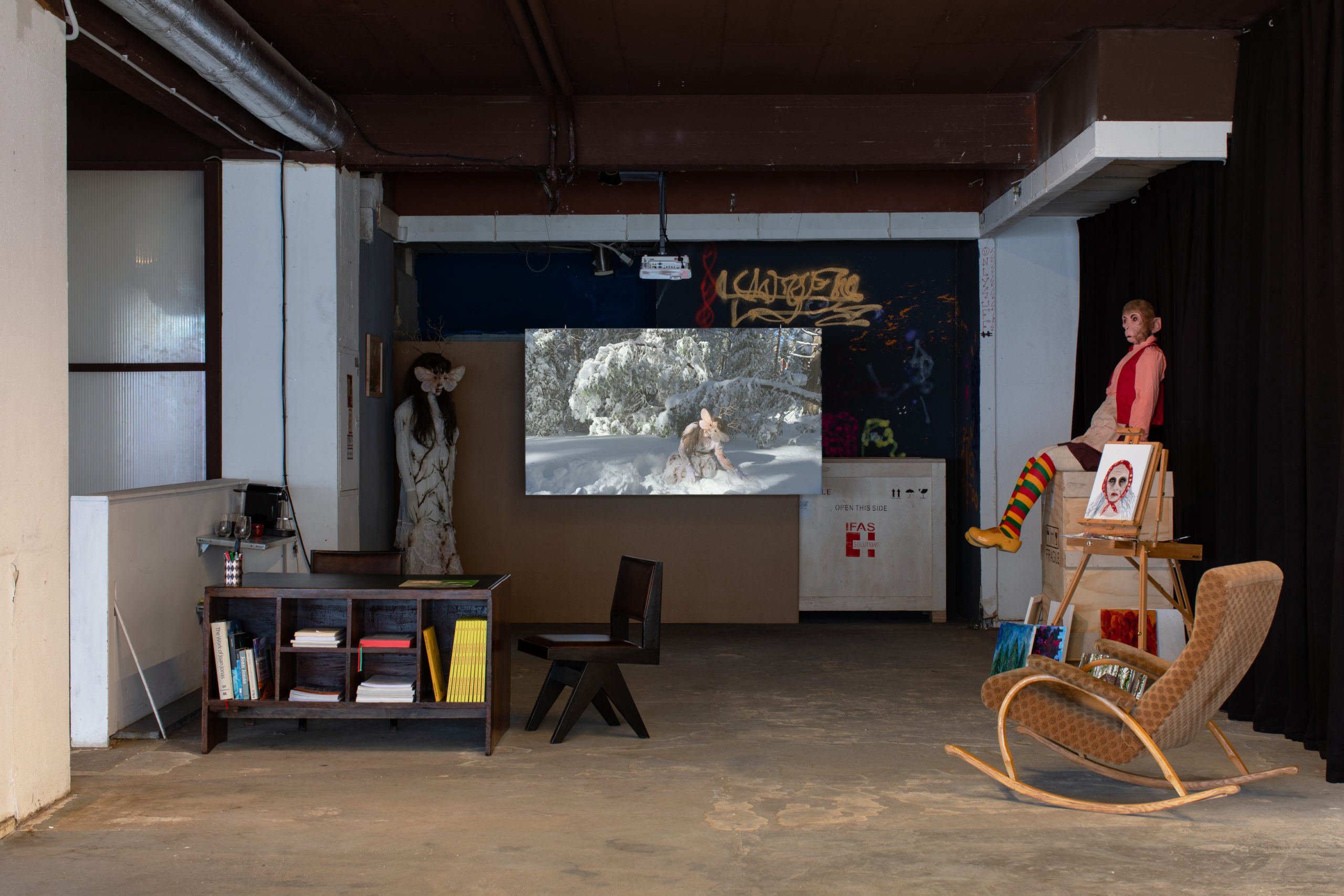 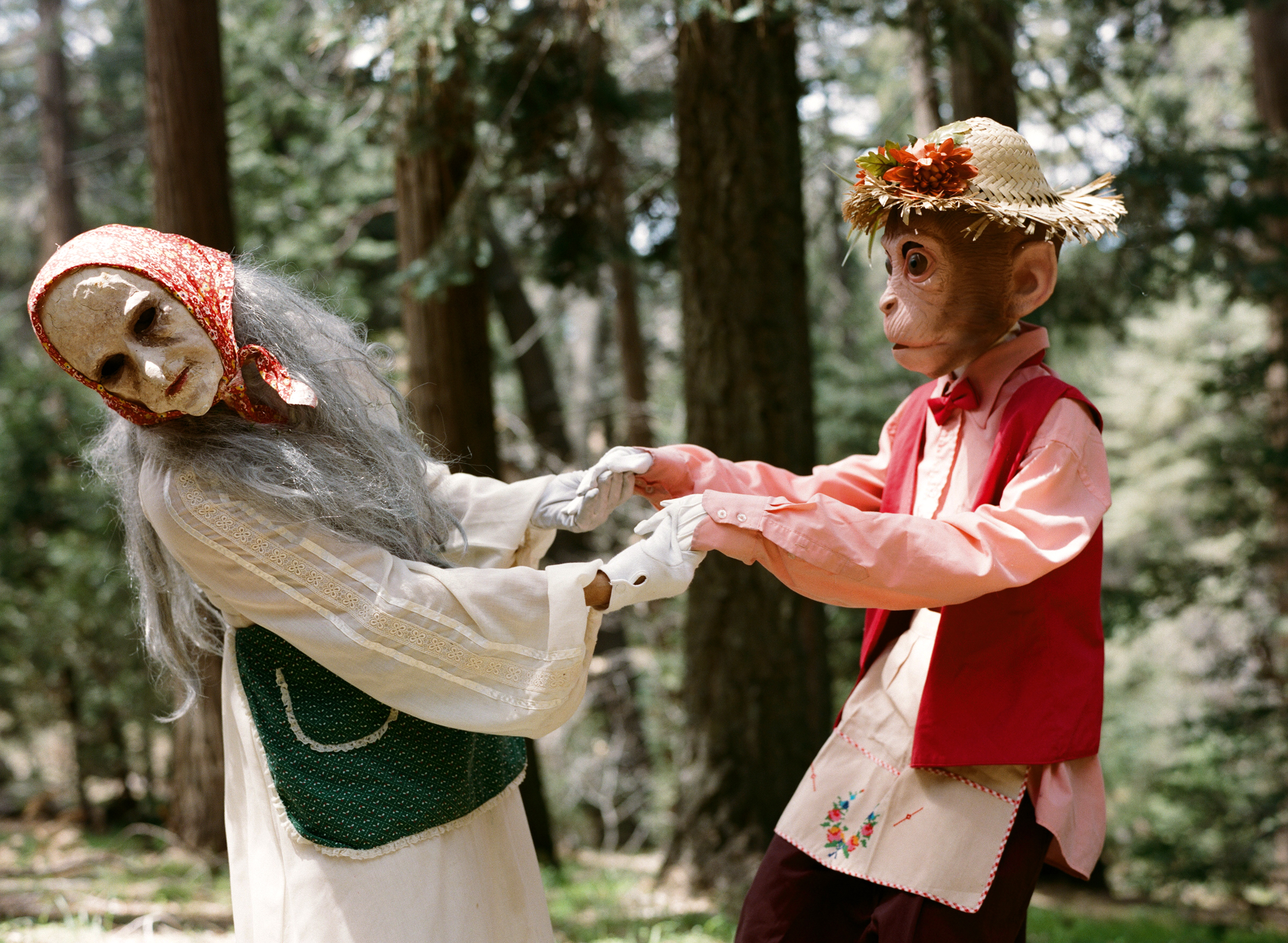 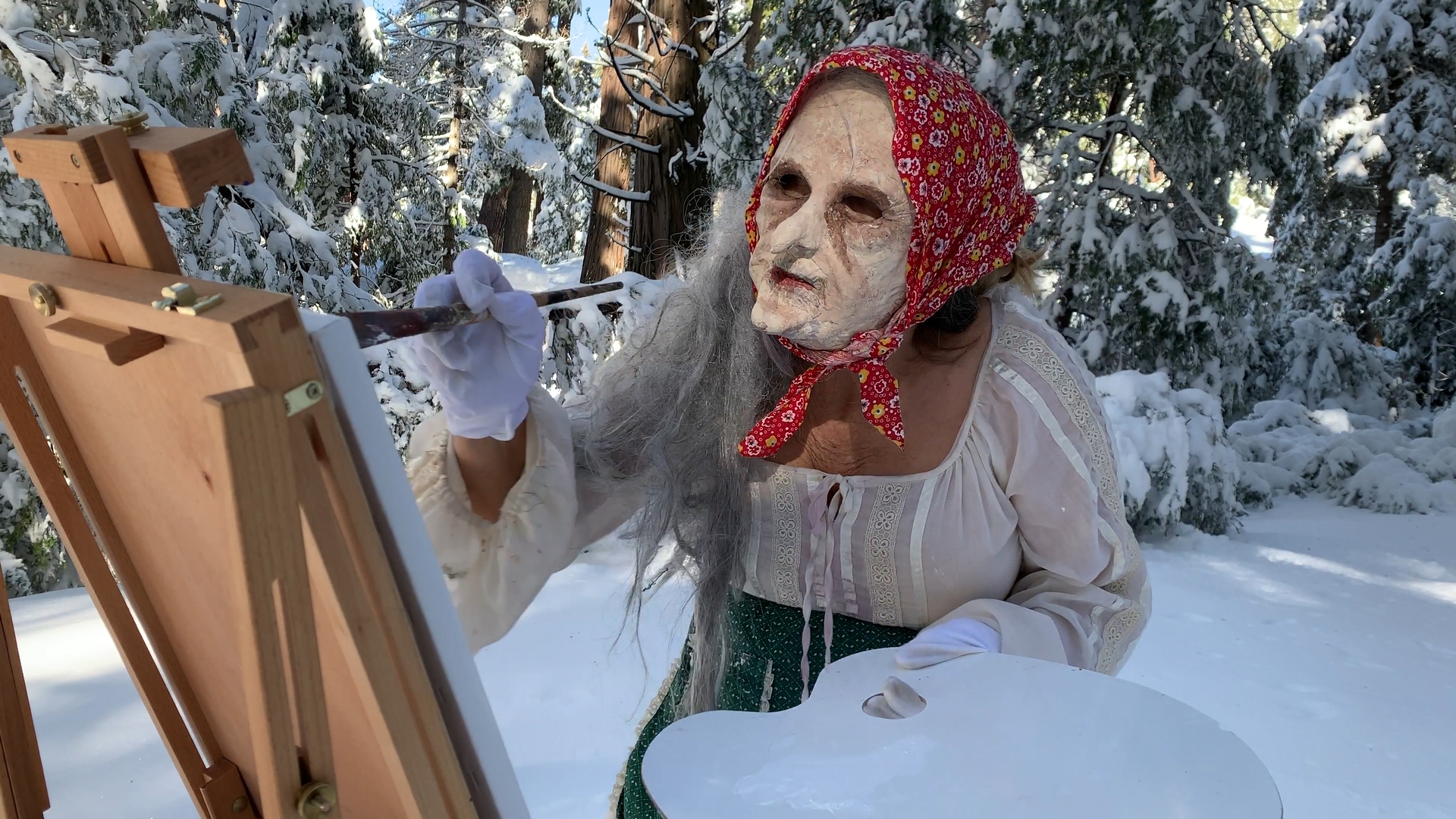 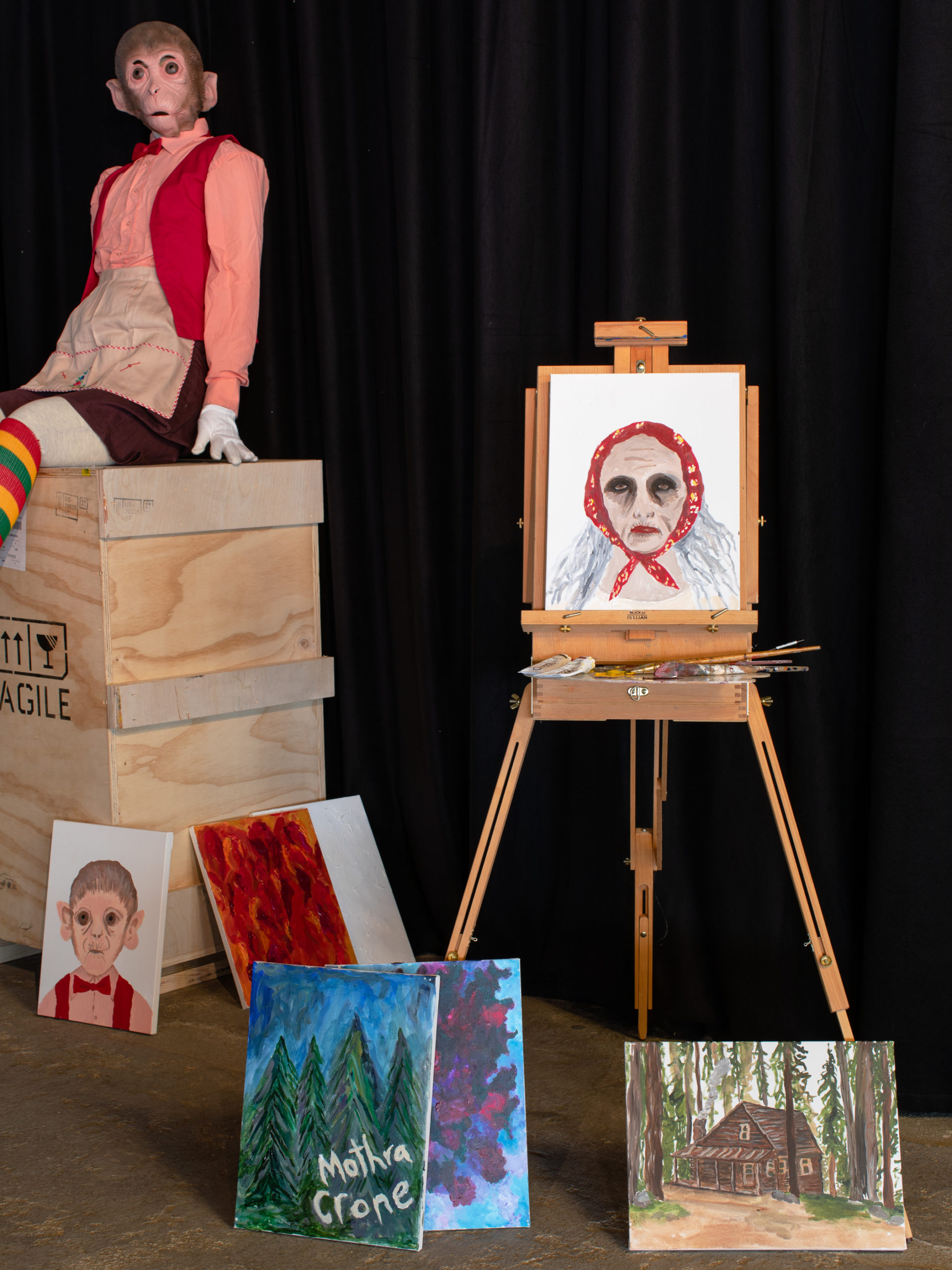 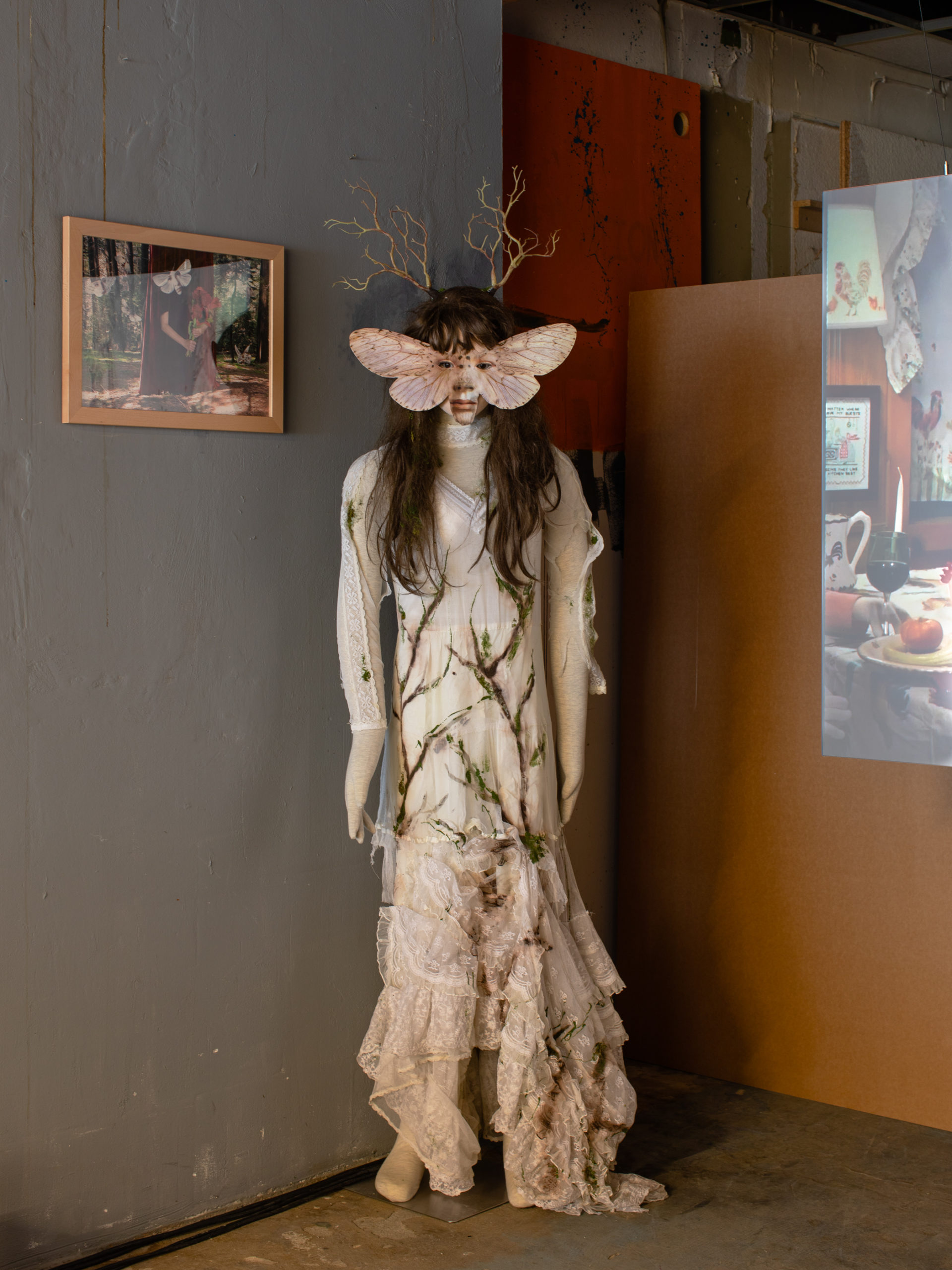 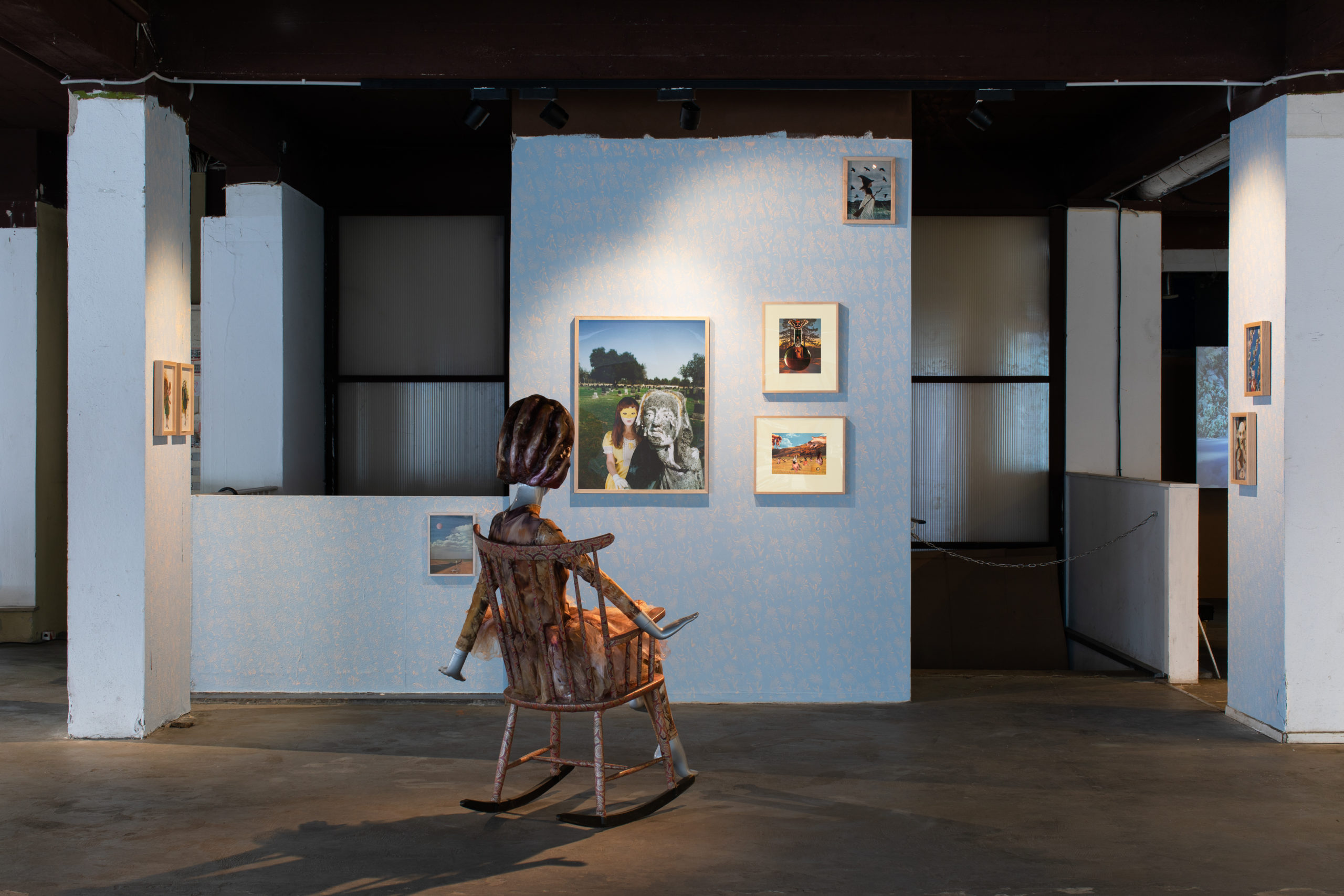 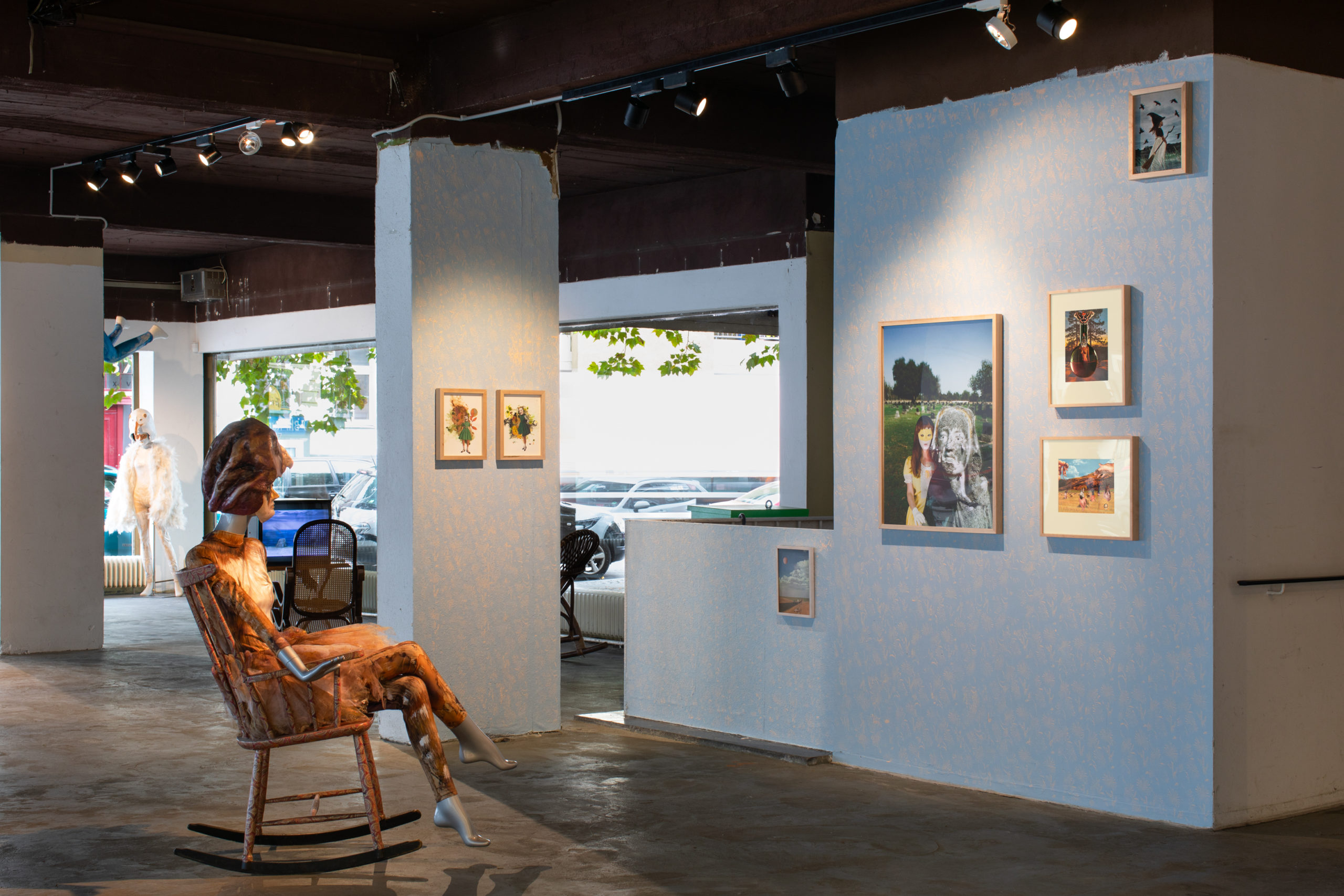 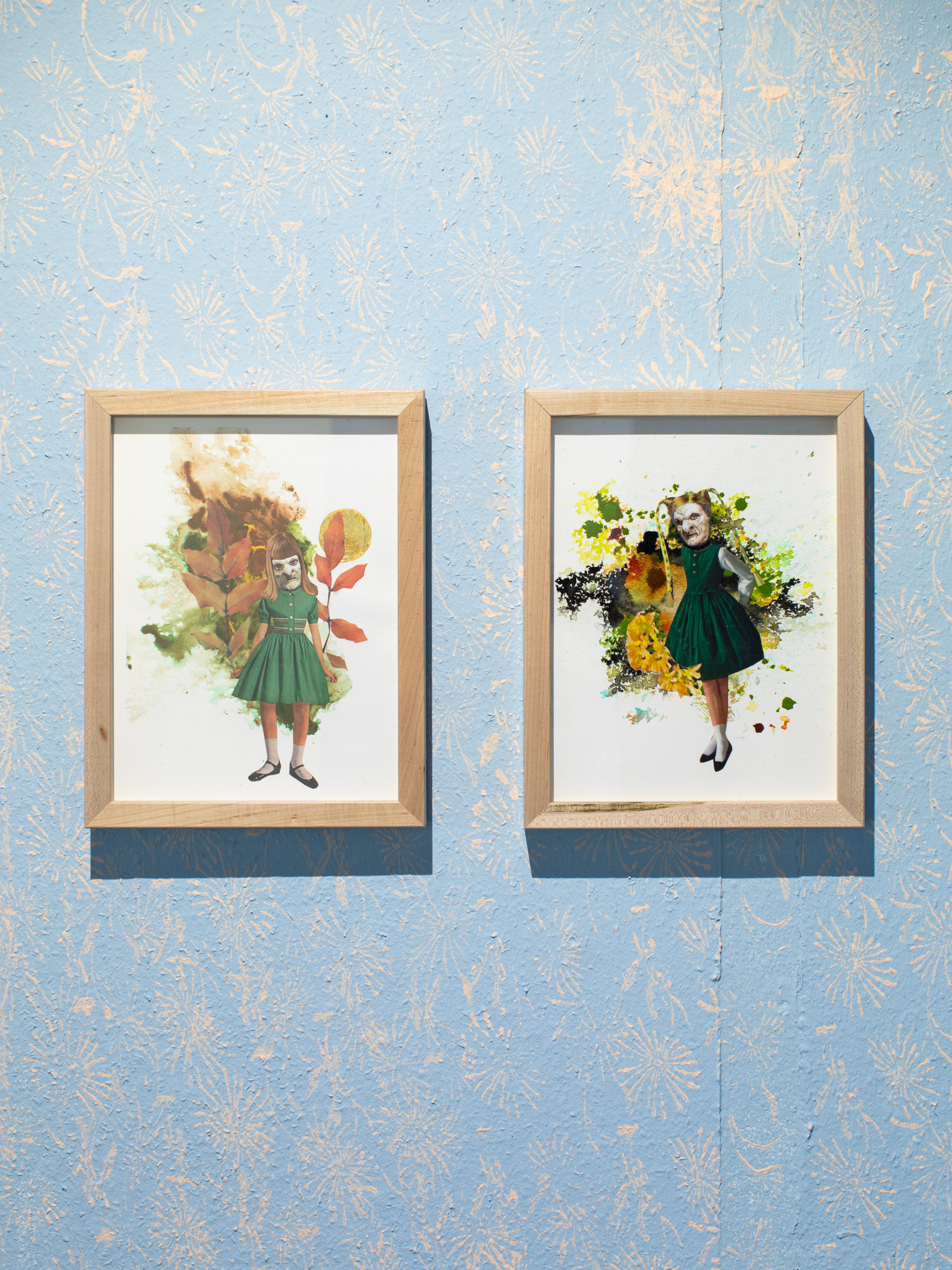 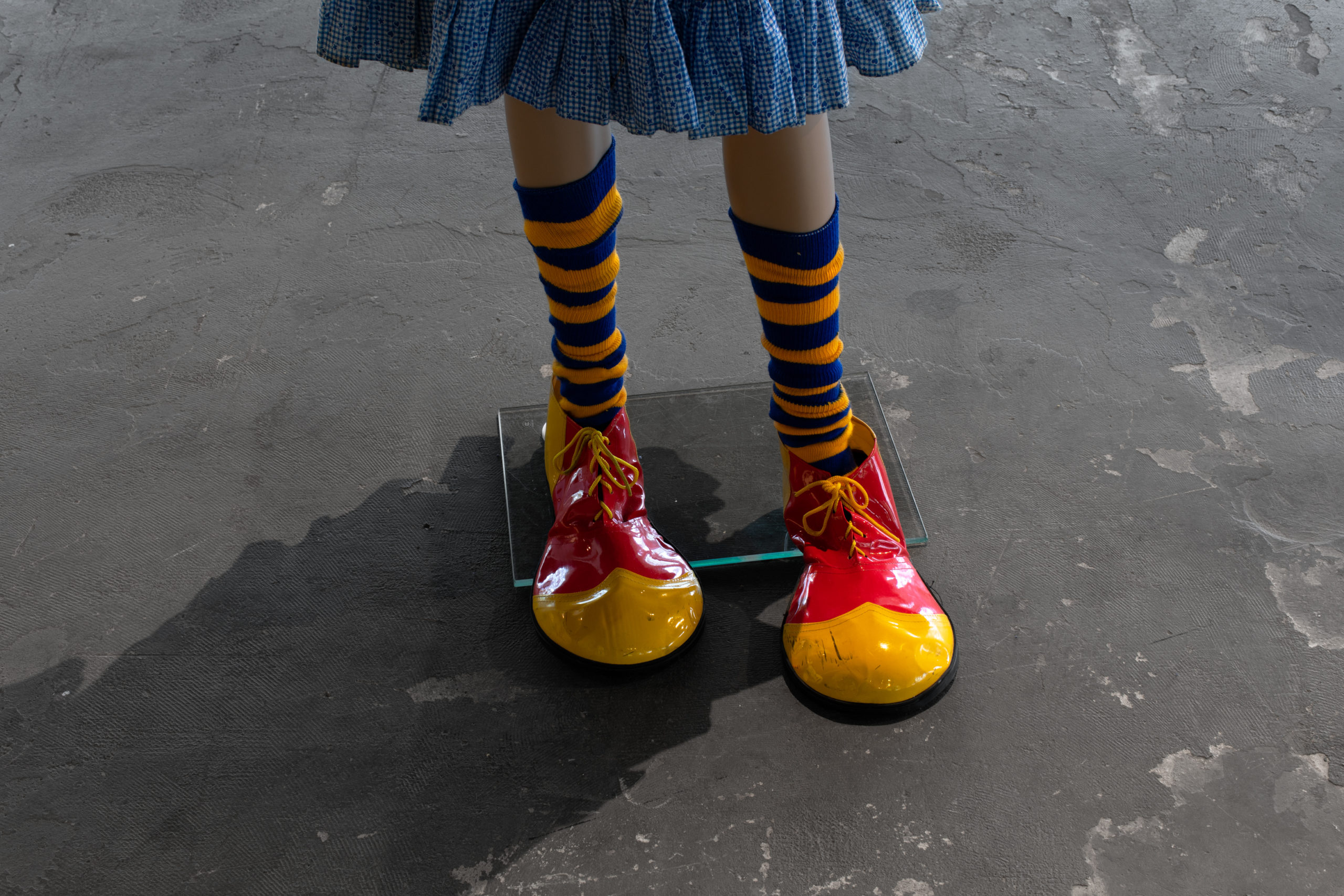 This show operates as a meditation on the passage of time and transformation as well as a reflection on the artist’s lifelong practice. For the occasion, Weber transfigured the gallery space with a large installation that includes collages, paintings, costumes, videos, as well as various props, and that revolves around one of the artist’s alter egos – the figure of a Crone, a persona that has been reoccurring in all the aspects of her work since 1989.

The Crone notion originates from the Triple Goddess deity or deity archetype revered in many Neopagan religious and spiritual traditions. The Triple Goddess incorporates three distinct aspects united in one being: the Maiden, the Mother, and the Crone, each of which symbolizes both a separate stage in the female life cycle and a phase of the Moon, and often rules one of the realms of heavens, earth, and underworld.
Some scholars posited the previous existence of a peaceful and intensely creative woman-centered civilization in which humans, living in harmony with nature and their own emotions, worshipped the Triple Goddess deity, before being invaded by successive waves of patriarchal populations. Some also regard the Triple Goddess as the Muse of all true poetry.

In this exhibition, alongside other types of works, Marnie Weber is presenting three videos, dating from 1994 to 2021, all centering around an old woman/Crone paradigm. Songs Hurt Me (1994) is a narrative flashback to Coquette, Circus Girl, leaving her home in an airstream trailer, as her old mother sadly waves goodbye. In Song of the Sea Witch (2020) a mysterious Sea Witch lives in isolation at a cabin on the edge of the ocean. Her solitude is broken when one day a group of raucous birds appear on the Sea Witch’s beach. Their presence threatens to take over her peaceful existence. Finally, in The Cabin of Mothra Crone (2021), a lonely old artist crone lives in isolation in a mountain cabin. Slowly her mental state declines as she paints away the seasons. Unexpectedly, a traveling monkey shows up at her door and she welcomes him in. Together they live happily until a haunting moth spirit changes everything. Marnie Weber created this film in isolation at her mountain cabin in Lake Arrowhead, CA, between 2019 and 2020. As with all her previous films, the artist developed the costumes, played most of the characters, and created the musical soundtrack.
The show progresses towards this third video, projected into a screen rather than on a monitor, in a corner of the gallery where the cabin of the protagonist has been partly reenacted. The easel and the paintings Marnie Weber – performing as the Crone character – is working on in the film are physically present. Even the Monkey, and the Moth spirit are resting nearby. This is the last video the artist will ever make on that theme, saying goodbye to this matron alternate she has been using and honoring throughout her career and life, before having to morph with this double she once created.

Congregating around these crone figures, the other characters that come into play – birds, moths, stiff naked bodies – all refer to death and transformation to the afterlife.
However, September 2022 also marks the 1st anniversary of the gallery. The show therefore not only explores old age and decay but also celebrates rebirth, inception, expansion, youthful enthusiasm and the promise of new beginnings. Observers may assist here to the reincarnation of the Crone Witch into the Maiden Heidi. And this gathering of old ladies, charged with ancestral powers, might very well be transmitting their inherent wisdom to the next generation.

With this exhibition, Marnie Weber has created, as always, an uncanny world that exists in a realm between fantasy and reality and invites viewers into an exploration of her subconscious. She is offering her own fictional narratives of passion, metamorphosis, discovery, and magic where women are placed in positions of power and primacy.

Gallery goers are encouraged to sit in the rocking chairs to watch the different films.

Organized with the help of Tatiana Roth